Agroecology is an approach to sustainable farming that aims to get the most out of the natural world without depleting and damaging these resources. It is the opposite of industrial agriculture. This is because it involves improving plant and soil quality while farming, rather than using harmful chemicals. 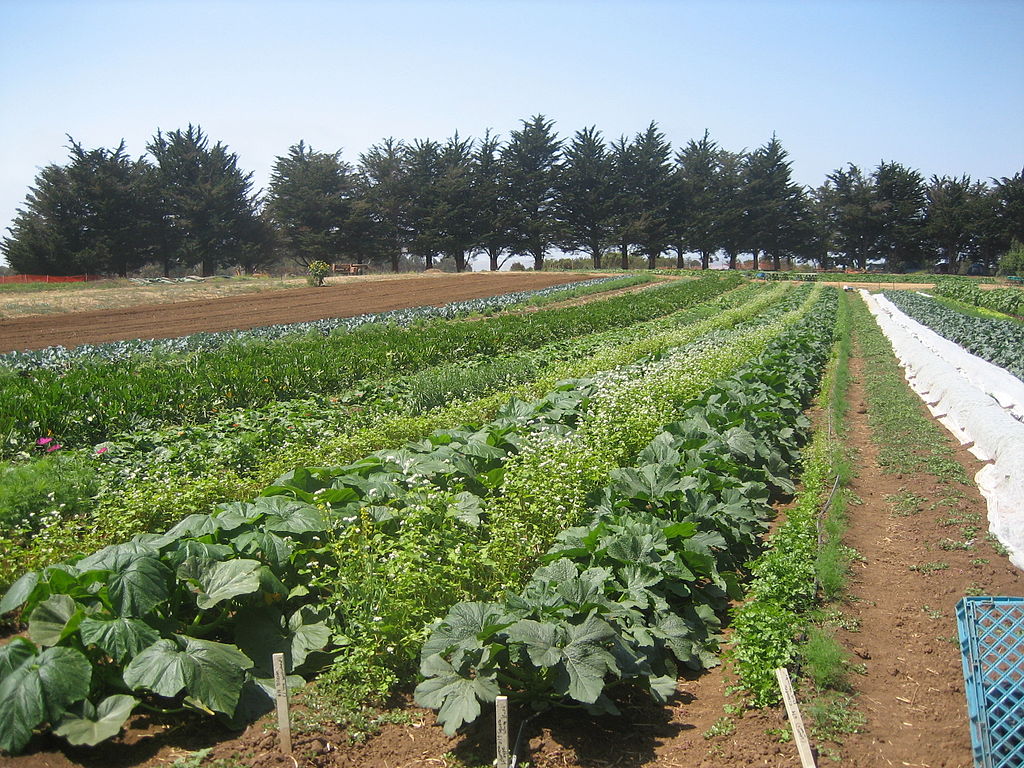 Sustainable agriculture can ensure that the quality of water and soil is preserved, it can restore habitats and protect watershed areas. A growing global population demands more sustainable nutrition, and nature-friendly farming is an important area of conservation.

But, agroecology is more than just farming. It is also a social movement and a set of practices that tries to find ways to optimise crop yields. It also promotes social justice and looking after rural economies.

Why is sustainable agriculture important for food systems?

By 2050, there could be about ten million humans on the planet. All of them will need to be fed. This is according to the World Economic Forum.

As a result, this will place enormous pressure on the world’s food systems. If humans try to feed all these people using current agricultural models, we would have to clear most of the world’s remaining forests to make way for the farming required. In turn, this would release enough greenhouse gases to exceed the 1.5°C and 2°C warming targets in the Paris Agreement.

What has sustainable agriculture research highlighted as the biggest issues to tackle?

Many of the farming practices employed today are not sustainable. Here are some of the biggest problems:

Monoculture is when the same crops are planted in the same soil each year. It is the “antithesis of biodiversity”, researchers say. However, it is convenient, and it has resulted in productive yields until now. That is because climate change and pollution are pushing our current agricultural models to their limits. Monoculture is vulnerable to extreme weather and pestilence. Furthermore, it degrades soil quality and fertility, and it does not encourage pollinators.

The solution to this is polyculture. This ensures that different types of crops are planted in the same soil during the same growing season. Polyculture can be more labour-and-cost intensive than monoculture farming. But, there are important environmental benefits. These include crops that yield more nutritional crops, better soil health and increased plant immunity against bacteria.

As the soil degrades due to intensive, large-scale industrial farming, farmers need to find new land. Therefore, this often leads to deforestation. Agricultural production is responsible for approximately 80 per cent of global deforestation.

Some of the main crops driving deforestation are soy, palm oil, biofuel production and cattle farming. Cattle ranching and soy production have resulted in large amounts of deforestation in the Amazon.

Industrial agriculture can cause underground water table contamination, affecting the health of communities. In the United States, industrial agriculture is one of the leading causes of water pollution. This pollution happens in several ways. It can happen through the leakage of components of synthetic fertilisers, like nitrogen and phosphorus. This is especially dangerous in the case of chicken farming, as chicken waste contains high levels of both these chemicals.

Pollution can also happen through large scale, industrial animal “factory” farms, where thousands of animals are housed. Farmers often try to contain the waste from these animals in open ponds. These can leak or burst, causing extensive environmental damage. Heavy metals and bacteria from animal waste can also leak into water sources. 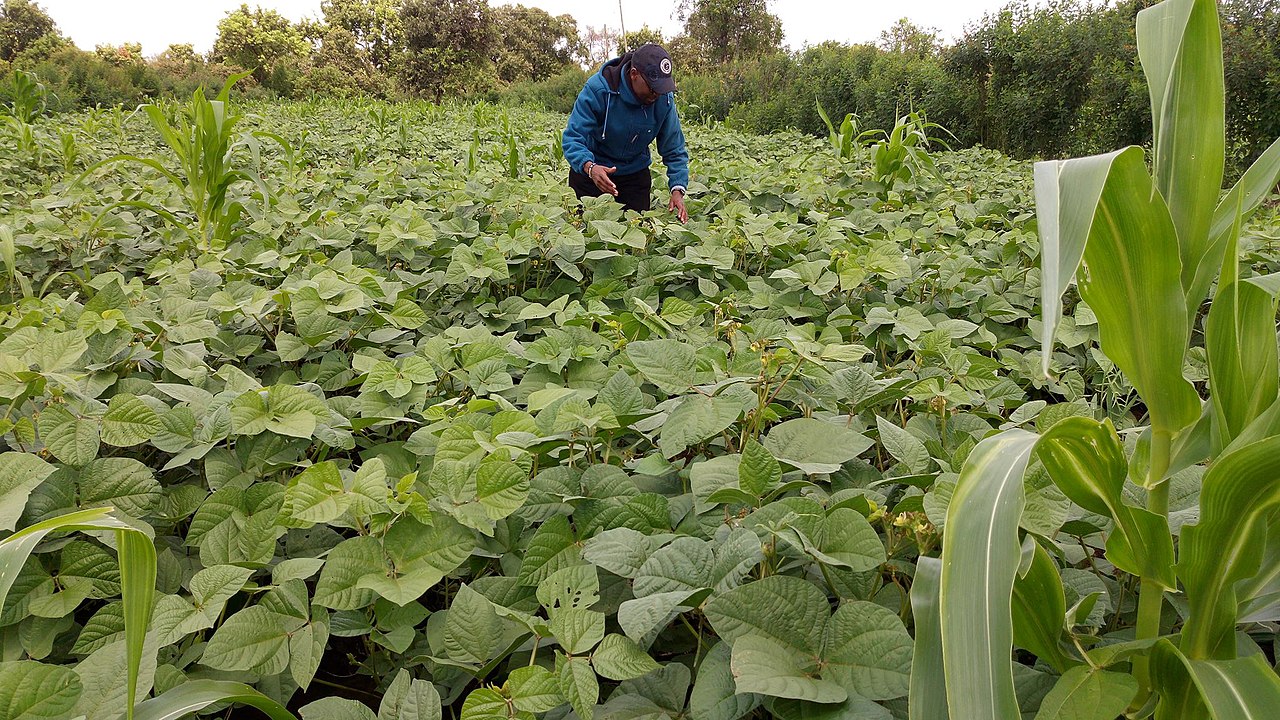 Industrial farming is also bad for the climate. The practice releases carbon dioxide into the air through the fuel used in machinery and the transportation of food over thousands of kilometres. It also releases carbon dioxide into the atmosphere through food processing and the manufacture of nitrogen fertiliser from nitrogen and natural gas. Large scale farming techniques can cause more greenhouse gases when organic matter in the soil is broken down into carbon dioxide. Large scale cattle farming also releases methane into the atmosphere.

What are sustainable farming practices?

There are a number of sustainable farming practices. Here are four of them:

Farmers can use renewable energy sources, like solar or wind power. For example, they can use solar panels to power pumps and electric fences.

Hydroponics is a low cost, low maintenance way of growing food. It involves growing plants without soil, using only water or a mineral solution in a closed system. It is ideal for growing food in urban or small spaces.

Aquaponics combines hydroponics with aquatic animals, like fish. It uses the waste material from them to feed the plants. Farmers can upscale hydroponic and aquaponics for commercial use.

Crop rotation is a way of keeping the soil healthy. Farmers plant and pick crops in such a way that the current season’s crops will replenish the nutrients absorbed by the previous crop. This also helps to prevent monoculture farming, as farmers grow different types of crops in the same soil.

The Netherlands is considered the world leader in sustainable agriculture. The Dutch-based tomato farming company ‘Duijvestijn Tomatoes’ is an example of this. This company uses a hydroponic system and geothermal energy to farm thousands of tomatoes. The farm has a double-layered glass roof to conserve light. The plants also absorb carbon dioxide from a nearby Shell refinery.

Many countries and organisations have upscaled agroecology projects. One example is the state of Sikkim in India. Following a lengthy government strategy, which combined local organic farming knowledge with state subsidies and training, Sikkim became the first fully organic state in the world. In other words, all food farmed there is organic.

The local government and local farmers achieved this by focusing on preserving water quality and increasing biodiversity. The Indian government provided support to farmers to perform 40,000 soil tests per year in order to improve soil health management. The government gave farmers “Soil Health Cards”, which contained information on the nutrient status of their soil and how it could be improved.

The government also trained farmers in producing organic resources, like compost and organic pesticides, while phasing out subsidies on synthetic ones, like chemical pesticides.

Globally, humans produce enough food to feed everyone on Earth. Yet, one in ten people do not have enough food to eat. Three billion cannot afford a healthy diet. Humans also waste a third of all food produced, in addition to the natural resources used in producing it. This is according to the World Economic Forum (WEF).

Industrial farming as we know it values quantity over quality. It drives farmers to grow monocultures for lower prices. Clearly, we need a fairer food system.

Local and circular food systems can help, the WEF says. This method helps to avoid wasting natural resources, creates jobs and reduces countries’ dependency on jobs. For example, we can treat wastewater to extract important minerals. We can compost food and use this to treat the soil.

Also, it is important to acknowledge that while industrial farmed goods seem cheaper, the price does not factor in the cost to people’s health, biodiversity and land degradation.