IPCC WGII: Why we must restore nature’s services 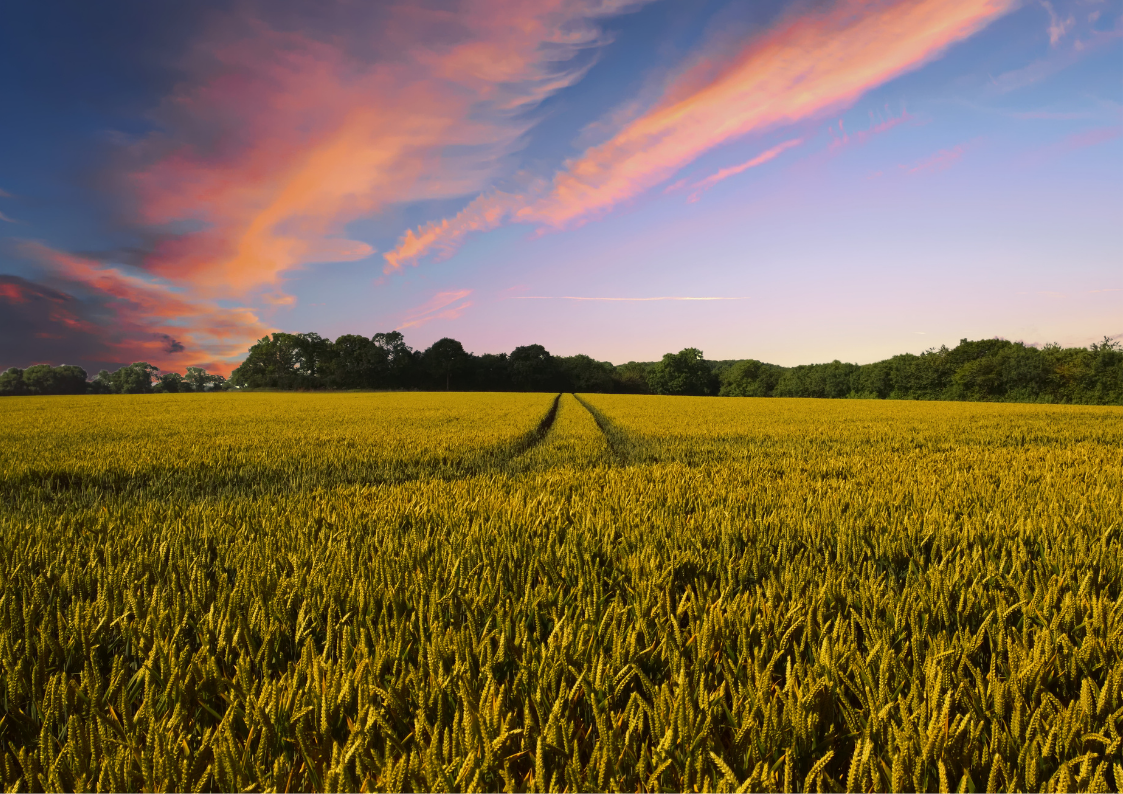 The IPCC’s latest instalment of the Sixth Assessment Report, “Climate Change 2022: Impacts, Adaptation and Vulnerability”, states that nature’s services, such as clean water and healthy soils, are now seriously at risk.

Nature’s services are the ways in which nature benefits humans, especially economically. Essentially, this means that our ability to provide adequate food and water to society has been substantially compromised by climate change.

There are ways for humans to adapt to climate change. But, once a certain level of warming is reached, the natural world will no longer be able to provide these services at scale and consistently. At that point, humans will suffer from more malnutrition and water and food shortages.

Globally, our ability to feed the planet is already slowing. Currently, approximately 750 million people are food insecure, while 41 million people are on the brink of famine. Climate change will make this situation substantially worse unless we act now.

How is climate change impacting the natural world’s ecosystem services?

The current impacts of climate change on nature are worse than previously thought, the IPCC report says. This will only worsen if the world warms to temperatures beyond 1.5°C above pre-industrial levels.

This is likely to happen. With the existing policies and actions in place, the world will warm between 2.5 and 2.9°C above pre-industrial levels by the end of the century. As a result, some impacts on certain ecosystems may be irreversible. This includes polar, mountain and coastal ecosystems. These ecosystems will be impacted by the rise in sea levels, caused by the melting of ice-sheets and glaciers.

Changes in the polar regions

The polar regions do not only support indigenous communities and species, like polar bears and penguins. They also regulate the global climate system. The IPCC considers them “flagship” areas, due to the fact that most of the extreme climate impacts predicted to take place in the rest of the world by 2050 have already happened in the polar regions. For instance, there will be no more sea-ice in the Arctic in the summer before 2050, irrespective of global warming levels.

The IPCC assessed tens of thousands of animals globally. Scientists found that if the world warms by 1.5°C, 3 to 14 per cent of species assessed globally will face a high risk of extinction.

Some natural ecosystems that absorb carbon dioxide from the atmosphere – carbon sinks – are beginning to release and emit carbon instead, the WGII found. This is because of direct human destruction – tropical deforestation, the burning and draining of peatlands and climate change impacts, like the thawing of Arctic permafrost. Wildfires in the Arctic tundra in Alaska have exposed carbon deposits in the soil up to 1,600 years old.

What is happening to nature’s services and our societal dependence on them?

Meanwhile, food production from shellfish aquaculture and fisheries in some oceanic regions is also compromised. This is because of ocean warming and ocean acidification.

Vulnerable people, the elderly, children and pregnant women are most at risk from food and water shortages. People in much of the developing world will also suffer. As it is, about half the world’s population experiences severe water scarcity for at least part of the year. This is due to climatic and non-climatic factors.

Meanwhile, food insecurity and malnutrition have increased in Africa and Central and South America due to droughts.

Unsustainable agricultural expansion, driven by rising consumption patterns and an increase in meat production, further compromises ecosystems. This results in increased pressures and competition for land and water resources. As a result, nature’s services are even further compromised.

Water availability will be at serious risk as global warming continues. Water scarcity will increase if warming increases by about 2°C after 2040. For example, there will be less snowmelt water for irrigation in some regions, and global glacier melting will mean a decrease in water availability for agriculture and human settlements.

If global warming breaches 1.5°C in the medium term (after 2040), there will be increased pressure on food production and access, especially in poorer countries. There will be severe risks to food security as extreme weather events increase, especially if the 2°C warming mark is breached. This will lead to malnutrition and micro-nutrient deficiencies, mostly in the developing world and the small islands.

As warming increases, soil health and pollination will decline. Meanwhile, people will come under increased pressure from pests and diseases, while marine animals will decline. This means food productivity will decline in many places. The situation is much worse if warming increases to 3°C. At that level, regional disparities in food security risks will be substantially worse. This is because there will be an increase in the number of areas exposed to climate risk.

Above 1.5°C warming, people could suffer from declines in crucial food supplies like maize, especially in food-producing countries. Food production losses from heat and drought will be made worse by labour productivity losses, as people struggle to cope with the heat. As a result, food prices will rise, and people will be at further risk of malnutrition.

All of this will increase food prices and result in more hungry and malnourished people. Climate impacts will disrupt supply chains and key infrastructure, increasing the risk of food shortages. 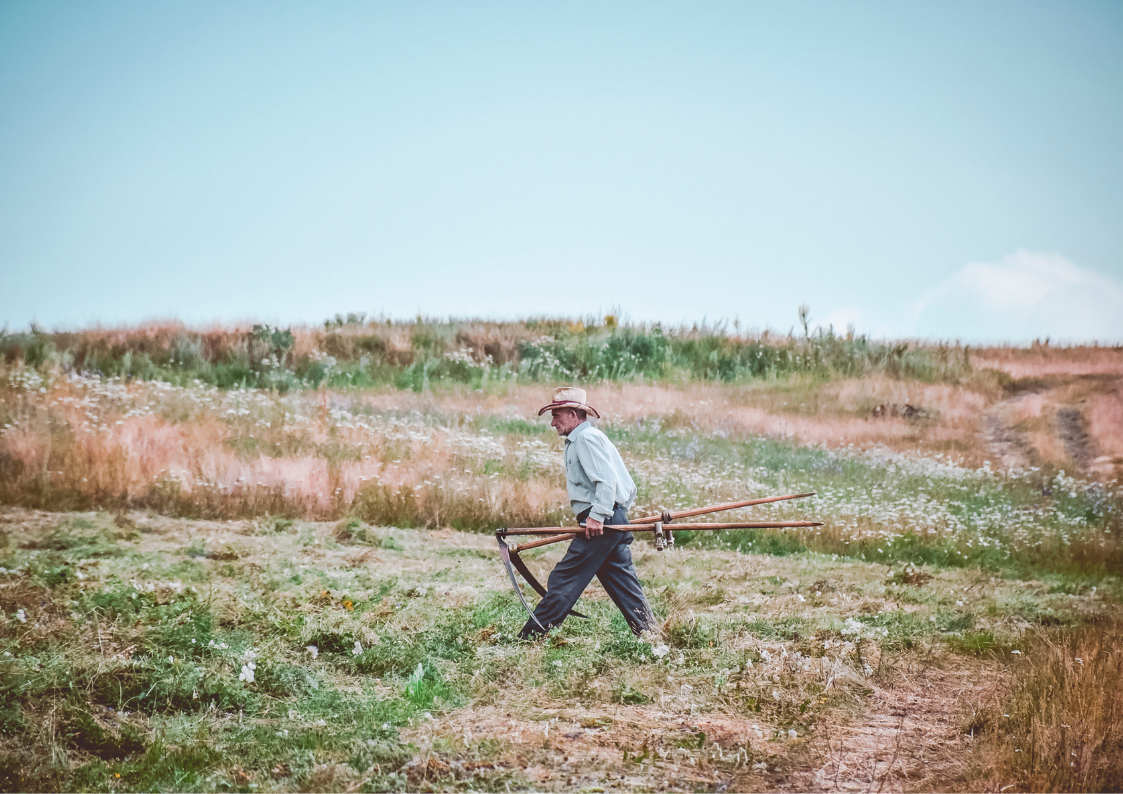 A man working on a farm

What can we do to restore nature’s services?

To restore nature’s services, we must protect the natural world from the worst impacts of climate change. In addition to this, we must also restore what has already been damaged and help it to adapt to climate impacts.

The Working Group II’s contribution to the IPCC Sixth Assessment Report states that we must conserve, protect and restore forests in order for them to adapt to climate impacts. This includes diversifying species in these forests and managing pests, diseases and wildfires. Restoring natural forests and drained peatlands also builds forests’ resilience as carbon sinks. The report also indicates that we need to include local communities and Indigenous Peoples in ecosystem management too.

Furthermore, we must conserve, protect and restore terrestrial, freshwater, coastal and ocean ecosystems, according to the report. Humanity must implement conservation and restoration plans that can respond at scale to climate impacts. This may include moving species to more ecologically appropriate places.

The Working Group II’s contribution to the IPCC Sixth Assessment Report states that effective adaptation, combined with strong public policies to support adaptation will improve food availability and sustainability. Furthermore, we need to improve the way we cultivate food, invest in agroforestry, diversify farming and invest in urban agriculture.

The report calls for a fundamental rethink regarding farming. This involves moving away from exploitative practices and towards those that are beneficial to nature. This means humans must adhere to agroecological principles and processes that work with nature to support nature’s services.

Agroecological principles ensure that we use natural resources in a restorative way while ensuring that food systems are socially equitable. This is according to the European Association for Agroecology.

There are more nature-based solutions to mitigate the effects of climate change on the natural world. By restoring these natural services, we can also increase the chances of humanity surviving the worst impacts of climate change. Moreover, we can protect biodiversity, increase resilience to climate impacts and restore climate sinks.

As temperatures warm, levels of evaporation increase. This may make droughts more intense in some areas. Also, warm air often has more water molecules than cooler air. As a result, a warming climate can increase rainfall in other areas, causing flooding and the loss of life and homes. The risk of flooding is higher when natural vegetation has been removed, according to the report.

There are a number of steps that we can take to reduce the risk of flooding. This includes restoring vegetation but also creating wetland and reinstating connections between water sources and flood plains.

Higher temperatures can be a particular problem for city-dwellers, where temperatures are likely to be higher than in the countryside. If people planted trees and other vegetation in appropriate areas in cities, it could help to reduce the impact of the heat.

Savannahs, boreal forests and other natural ecosystems are adapted to burning. Suppressing fires in these areas and planting non-native species can result in an accumulation of fuel for fires, increasing the heat and size of fires. Therefore, we should restore these fire regimes and remove non-native species from these areas.

Furthermore, we need to ensure that efforts to restore nature’s services are carried out in a way that includes local communities in order to draw upon their knowledge. Efforts should also be tailored to the local area’s needs, the report’s authors stress.

While these efforts can have a huge impact on restoring nature’s services, it is still “essential to radically reduce greenhouse gas emissions”, the report highlights.