Why should policymakers look at biodiversity and climate change as the same phenomenon? 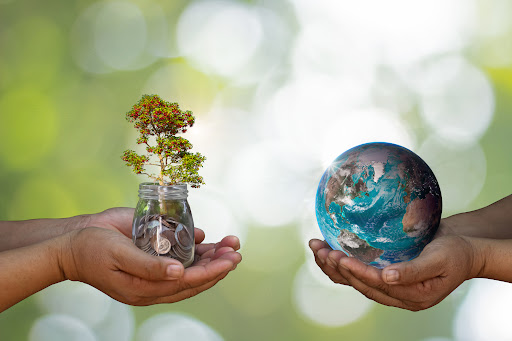 What is the relationship between global warming, climate change and biodiversity?

Humans are causing climate change by increasing the quantity of greenhouse gases in the Earth’s atmosphere. The greenhouse gases in the atmosphere, including carbon dioxide (CO2), methane and nitrous oxide, are preventing heat from escaping the planet. This leads to global warming. The Intergovernmental Panel on Climate Change (IPCC) estimates that we have subsequently increased the global surface temperature of the Earth by 1.07°C in the past 150 years.

Changes to the land also create greenhouse gas emissions. Moreover, they can reduce the planet’s ability to absorb and store carbon. Land use changes are “any way in which humans modify the natural landscape”. They may be permanent, such as urban development, or they may be temporary, for instance, afforestation and tree planting projects to help restore woodlands.

Since 1960, humans have altered almost one-third of the world’s terrain. This drives climate change, as trees and soil store large quantities of carbon. Today, agriculture, forestry and other land use accounts for almost one-quarter of human-caused greenhouse gas emissions.

Enhancing nature-based solutions can help to mitigate climate change. But, they can only be effective if combined with significant reductions in all human-caused greenhouse gas emissions, like those from energy and transport.

Climate change directly impacts biodiversity. For instance, warmer temperatures are altering habitats, life cycles and even physical traits of biodiversity around the world. This human-caused phenomenon is likely to become one of the most serious drivers of biodiversity loss by 2100.

Drivers of climate change, namely through land use, also lead to a loss of biodiversity. Destroying forests or other ecosystems eliminates countless species’ natural habitats. Scientists estimate that this will increase further this century. Due to this, 1,700 species of amphibians, birds and mammals will be at risk of extinction.

Biodiversity loss has an impact on how well ecosystems and people can respond to climate change and extreme weather events. For example, destroying mangrove groves prevents the trees and soil from storing carbon in the air. It also makes the coastline vulnerable to storm surges and erosion. In other words, climate change and biodiversity loss are intimately connected. Each drives the other in a vicious cycle.

The destruction of ecosystems also has an impact on local and regional weather systems. This can have global consequences for the climate. The large-scale deforestation of the Amazon rainforest is a case in point. The Amazon rainforest helps regulate the local and regional climate. In the Rio de Plata river basin, the rainforest contributes to more than 70 per cent of rainfall. Therefore, deforestation in areas like the Amazon leads to lower rainfall. This, in turn, can impact the region’s dry seasons and even extend them.

This has global implications. One study showed that the loss of tropical forests has a far bigger impact on climate change than previously thought. In fact, large-scale deforestation in any of the three major tropical forest zones – Africa’s Congo basin, southeast Asia and the Amazon – poses “a substantial risk” to agriculture in China, India and parts of the US. These are all major breadbaskets.

What are ecosystem services and how do they benefit humans?

Ecosystem services are the ways in which ecosystems provide for our wellbeing and quality of life – indirectly or directly. They can do this practically, through food, water and climate regulation, or socially, by reducing anxiety and stress.

Ecosystem services can broadly be categorised into four groups:

These are services within the ecosystem that lead to benefits. This includes climate regulation, water filtration and flood management.

These are the ways in which nature impacts our health and wellbeing. This includes recreational benefits, improved mental health and spirituality.

Ecosystems could not function without supporting services. These services include the nutrient cycle, soil formation and the provision of habitats for biodiversity.

What type of legislation is necessary to ensure that both topics are not addressed from different angles?

There is a broad agreement between policymakers and scientists that climate change and biodiversity are interlinked and should not be treated in isolation from one another. However, this does not always happen in practice. Not only are biodiversity and climate research communities often distinct from one another, but this distinction plays out in the policymaking arena too.

So far, policymakers have not integrated the two sectors and this should be addressed, according to both bodies.